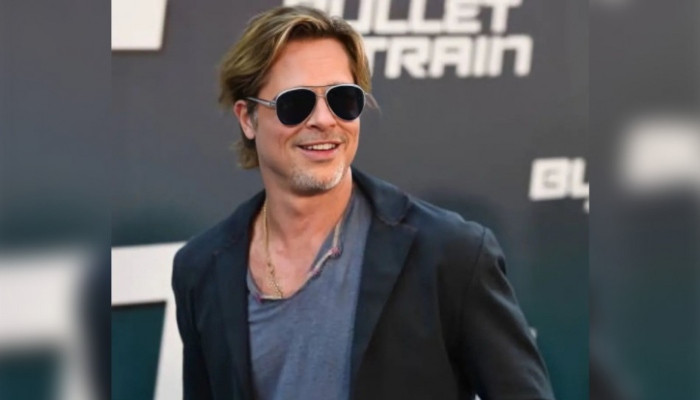 
Brad Pitt’s latest action-packed film Bullet Train is pulling into its final stop – the cinemas – after releasing in the U.K. on August 3. Pitt made his much-awaited appearance on the Ozzy Man’s show.

Winning praise for his latest flick, Pitt recently made his much-awaited appearance on the Ozzy Man’s show.

On Wednesday, the Fight Club star, 58, revealed his knowledge of Australian slangs during an interview with Ethan Marrell, better known as Ozzy Man.

In the video posted to YouTube, Ozzy Man also gave Pitt a hilarious nickname as well after he tested Pitt and the movie’s director David Leitch’s knowledge on Aussie phrases.

Surprisingly, the Once Upon A Time in Hollywood actor correctly defined fair dinkum as ‘being honest’ and arking up as ‘acting up.’

Pitt only failed to guess that ‘AccaDacca’ is a nickname for the band AC/DC, and a ‘shoey’ refers to drinking from a shoe.