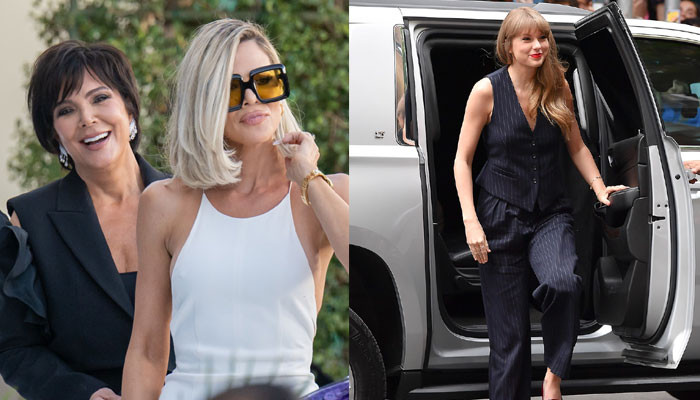 
Khloé Kardashian recently “liked” a social media video joking it was her Kris Jenner who exposed Taylor Swift as the celebrity with the worst private jet carbon emissions.

Taylor found herself facing a heap of criticism last week after a report published by marketing agency Yard listed her as the celebrity with the worst private jet carbon emissions so far this year.

Prior to the Yard report, Kylie’s Instagram post about flying in private jets also came under fire after she posted a photo of herself and boyfriend Travis Scott posing with their private jets.

The beauty mogul was then called out by fans for being negligent towards the environment.

When Yard’s report appeared online and inadvertently distracted people from Kylie’s post, some fans couldn’t help but speculate that Kris had something to do with it.

One TikTok video in particular, shared by @kardashianviral, garnered a lot of attention on the platform.

“Who leaked that Taylor Swift’s jet took 170 flights this year?” it reads onscreen while a clip of Kris saying, “Kris f****** Jenner” plays.

In fact, the clip ended up catching the eye of none other than Khloe, who cheekily gave the post a like after it was reshared on Instagram.

Clearly entertained by the joke, Khloé wasn’t alone in her amusement, with several other fans poking fun at the whole thing, too.