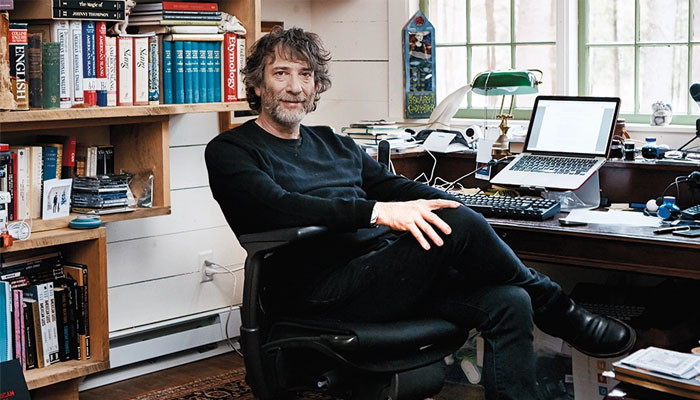 
English author Neil Gaiman recently opened up about his “frustrations” to meet his ardent fans at book signings in a new podcast interview.

According to Independent, Gaiman revealed to Marc Maron on WTF podcast about what it’s like to be on the “other side of the table at such events”.

During interview, Maron told Gaiman regarding an “awkward encounter with one of his heroes, the late musician Lou Reed at one of the events”.

The American Gods writer pointed out to Maron that at least “he didn’t mess up”.

“I don’t do a lot of signings anymore, because they go too long and I can’t cope, but the saddest thing in the world is when the person gets to the front of the line, and they’ve been there for five, six hours, and in their heads they’ve been going, ‘I’ve got my question; it’s going to impress him,” explained the 61-year-old.

He continued, “I’ll say my question and then we’ll be best friends; it’s obscure and no one’s asked this question before and they get to the front, and their question has now become the most important thing in the world for them, and they can’t even get it out.”

To this end, the author added, “Or when they do ask it, you give them the wrong answer or whatever.”

Gaiman wished that the fans would ask, ““why didn’t you get to the front of the line and say, ‘I love your books,’ and I could have said, ‘thank you’”.

However, these fans, the novelist disclosed, either “they shake or they faint”.

Reportedly, the author’s book The Sandman, which got a TV adaptation, would be released on Netflix on August 5.