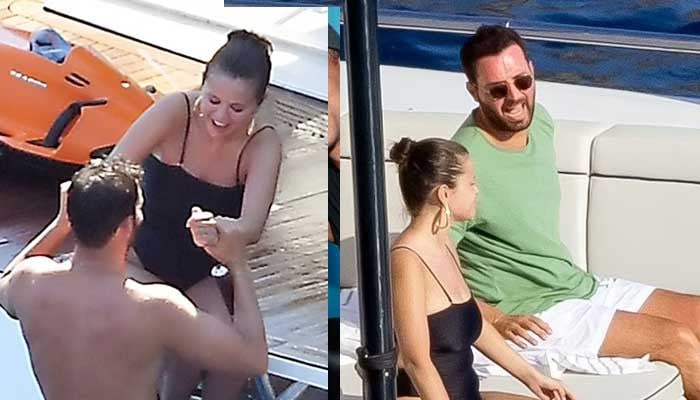 
Selena Gomez showed off her enviable physique as she enjoyed a beach day with Italian film producer  Andrea Iervolino on Wednesday.

The singer  sizzled in a black swimsuit as she soaked up the sun on a lavish yacht in Italy with the film producer.

Selena was spotted getting close with Iervolino on a sun-soaked yacht trip in Positano… after the pair were first linked three years ago.

The 30-year-old singer was seen sunbathing on the deck of the yacht, enjoying a quick swim in the sea and enjoying a fun ride on an inflatable with her group of friends during the fun-filled day out.

The actress was seen chatting and larking around with Italian producer Andrea as he held her hands and helped her into the ocean for a swim as she sat on the side of the boat.

Selena worked with the filmmaker, 34, for the 2016 film In Dubious Battle and in 2019, she was spotted hanging out with him in Italy during a birthday trip, before they were again sighted together last year.