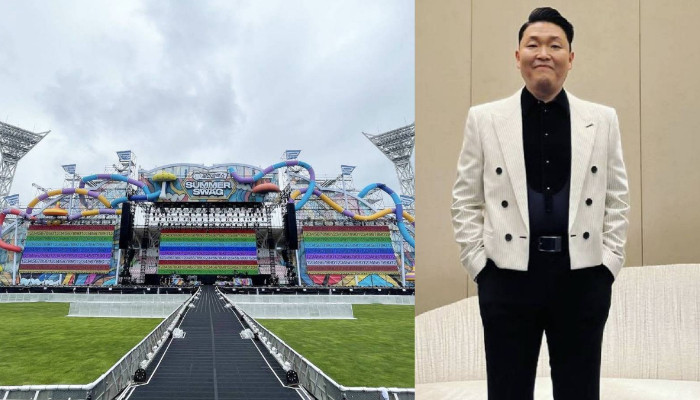 
Psy’s Summer Swag Concert at Gangneung Stadium on Thursday, July 31, witnessed a painful tragedy after a construction worker fell and died while dismantling the concert stage.

As per The Star, the construction worker sustained serious injuries after falling 15m from a tower while dismantling the concert set. The 20-year-old Mongolian man suffered a cardiac arrest right after his fall and was rushed to the hospital immediately.

A day later, on August 1, Korea Joongang Daily reported that the man had died.

“We will do our best to establish measures to prevent another accident like this from happening, with a sense of responsibility,” P Nation further stated.