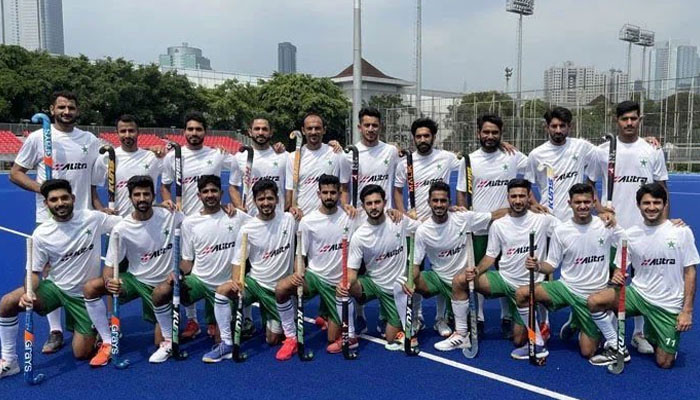 
BIRMINGHAM: It is a very good day for Pakistan from the Commonwealth Games 2022 currently underway in Birmingham. Pakistan hockey team thrashed Scotland by 3-2 in their third game on Wednesday.

Pakistan bounced back with an impressive performance after being trounced 4-1 by New Zealand in their last faceoff.

At the beginning of the match in the first quarter, Scotland had a strong grip over the game. Scotland brought their opponents under pressure when Cammy Golden scored the first goal in just the ninth minute of the clash.

In the second quarter, Pakistan performed impressively and doubled the lead with back-to-back goals. Afraz hit an equalizer in the 22nd minute. The very next minute, Abdul Shahid threw the ball into the net for the second goal. Pakistan continued dominance over the game and finished the second quarter 2-1.

The third quarter witnessed the struggle by both teams seeking to clinch the lead until Struan Walker netted an equaliser in the 38th minute.

Rooman hit the ball for a third goal in the 55th minute. The lead for Pakistan continued till the match ended with a convincing win for the country.

Pakistan are currently in the fourth spot with as many points in pool-A. After winning both matches, Australia topped the pool-A chart. South Africa are in the second position and New Zealand in the third with four points each.

Pakistan will next face Australia in their last pool game today (August 4).