Kim Kardashian and Pete Davidson restless to meet each other, saying ‘the distance has been hard’ 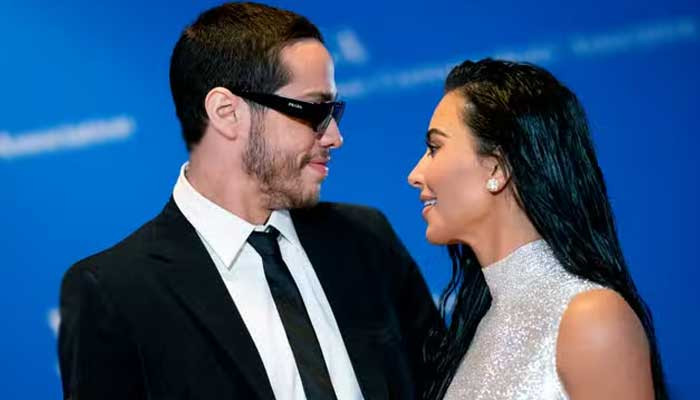 
Kim Kardashian and Pete Davidson seemed to be restless to enjoy each other’s company, sending each other ‘love notes’ to express their feelings while maintaining a long-distance relationship.

The Kardashians producer-star Kim and her comedian boyfriend Pete ‘send each other love notes’ while the SNL star is in Australia for filming.’

‘They send each other love notes [via text] while the other is sleeping and FaceTime whenever their schedules link up. The distance has been hard, but even communicating long-distance is exciting for them,’ an insider told Us Weekly on Wednesday.

Kim and Pete ‘can’t get enough of each other’ and are ‘still very smitten and can’t wait until they’re in the same place again.’