Rzewski for Lovers? A Pianist Mines a Prickly Modernist’s Gentler Side 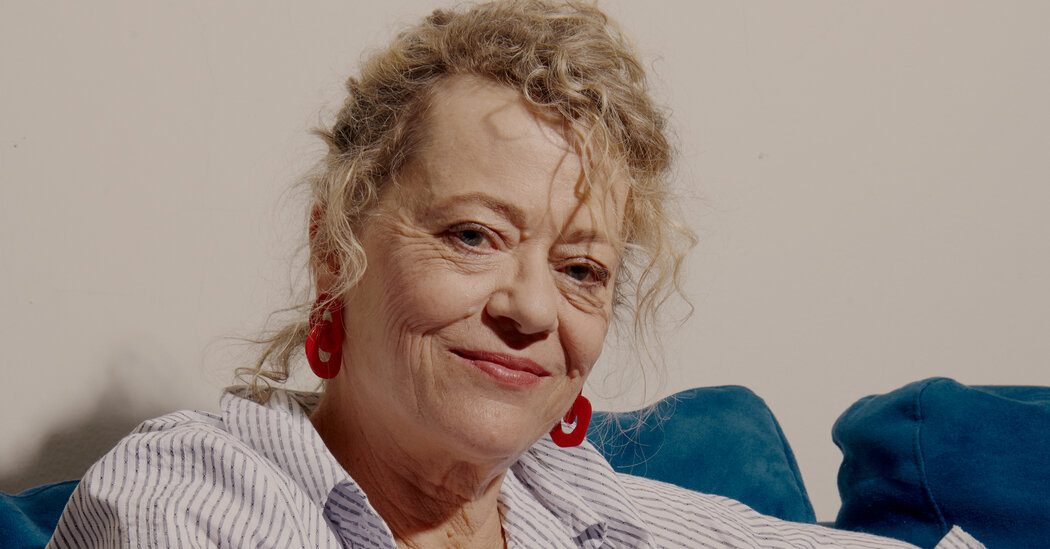 
The renowned composer and pianist Frederic Rzewski, who died last year, was celebrated for the committed nature of his leftist politics as well as his music.

On the political front, he tended to walk the walk — whether writing a series of variations based on a Chilean workers’ anthem (in “The People United Will Never Be Defeated”), or undermining the high-toned trappings of contemporary classical culture by playing at a fish market. He also distributed his scores online, free for any player to peruse.

He could also be harsh and exacting in his artistic judgments. But one thing Rzewski wasn’t known for were capital-R Romantic gestures. So when the pianist Lisa Moore introduced one of Rzewski’s final pieces at a Bang on the Can festival at Mass MoCA last year, murmurs of surprise were audible in the crowd as she related that the work was a 60th birthday gift — one commissioned from Rzewski by Moore’s husband, the composer and educator Martin Bresnick. (Bresnick has also mentored multiple artists in the Bang on a Can universe.)

Asking this artist to write something for your wife’s birthday? Risky (if inspired). Yet as Moore proceeded to play the 15-minute “Amoramaro,” it all started to make sense. There were prickly, modernist shards familiar from other Rzewski pieces, though also darts of disarming warmth. Reviewing that premiere, I wrote that the composition deserved an official recording from Moore.

“It’s like an old man looking back over his musical life,” Moore said of “Amoramaro,” in a phone interview from her home in New Haven, Conn. That musical range of reference includes backward glances at motifs from earlier efforts, as well as what Moore calls “sort of Beethovian quotes.” Also present, to my ear, in the aesthetic mixing bowl: Rzewski’s youthful experience as an early interpreter of Karlheinz Stockhausen’s experimental piano music.

The lushness of some of its chords, though, is what strikes me most forcefully on repeat listens. And that’s thanks in part to Moore’s overall approach to Rzewski, which often allows for a greater range of emotion than other interpreters permit, including the composer.

Moore, however, said Rzewski’s instructions at the top of his handwritten score were frank about the degree of freedom others could bring to the music: “Love has no laws; therefore dynamics, rhythms, anything can be changed at will!”

“He had a very free attitude in that way,” Moore said in the interview. (She knows from experience, having played Rzewski’s music in front of him, as a member of the Bang on a Can All-Stars, in the early 1990s.)

In an interview, Bresnick described an extensive and enjoyable back-and-forth with Rzewski during the drafting process, including about what kind of ending the piece should have. “I’m a composer too — and I was surprised that he wanted such a thing,” Bresnick said. “I wanted to say something but I didn’t want to overdetermine it, so I finally said to him: There are endings in Chekhov and other great writers where it’s the end of the story but we know that the story goes on.”

For Bresnick, the composer’s solution is particularly pleasing. “It is an ending, but it is not ‘the end.’”

When playing her 60th birthday present, Moore found herself luxuriating in Rzewski’s invitation to change dynamics and rhythms “at will.” “If you let things resolve, if you let the harmonies really sit, the next harmony that comes in so often is something that changes like a kaleidoscope,” she said. “It’s just shifting and changing the mode. It’s really, really clever.”

There’s something similarly clever about the balance of Moore’s new album. The title track, “No Place to Go but Around,” is an expansive, early Rzewski effort, from 1974 (right before “The People United”). The only other official recording is Rzewski’s — available on an obscure vinyl release from the late-70s.

On that LP, Rzewski’s composition shared space with his interpretations of piano works by Hanns Eisler and Anthony Braxton. While the composer’s version of “No Place to Go” offered some stark interpolations of the Italian labor movement song “Bandiera Rossa” — another political reference — Moore’s rendition truly lets that borrowed tune spill forth, toward the end of the 12th minute.

Moore said that her take was a considered attempt to underline the composition’s beauty, adding: “I also want people to be invited in and not pushed away.”

That inviting quality of Moore’s album extends to her latest performance of “Coming Together,” one of Rzewski’s most well-known contributions to the modern repertoire. Its text comes from a letter by the Attica prison uprising leader Sam Melville. But unlike some ceaselessly galvanic performances of this Minimalist-tinged composition, Moore’s solo voice-and-piano approach takes dramatic notice of references to lovers’ “emotions in times of crisis” that are present in the literary source material. (Moore is a practiced hand at Rzewski’s work for singing — or speaking — pianists, having recorded his setting of Oscar Wilde’s “De Profundis.”)

Just as striking is her take on the rarely heard “To His Coy Mistress,” a setting of Andrew Marvell’s poem from the 17th century. Moore’s playing is meticulous when it comes to the compact three-act structure of the music (and its text); she hits the gas with a controlled force, just before singing the line “But at my back I always hear/Time’s winged chariot hurrying near.” Later on, the word “embrace” triggers a newly reflective mode.

So is this a covert “Rzewski for Lovers” album? In an email, Moore wrote: “I did, in fact, consciously think about bringing the more romantic side of Rzewski’s music out, a sort of gentler approach — because it’s there, in the material and often just beneath the surface. (Like him — he was a mensch — behind all his bluster.)”

And though the composer was famous for his political stands, Moore’s interpretations help emphasize these works’ elusiveness. “In his music he often disguises and veils the politics in a way I quite admire,” she said. “It’s not hitting you over the head with the obvious. It’s woven in to a song or a letter and it’s up to you to kind of grasp what the meaning is.”