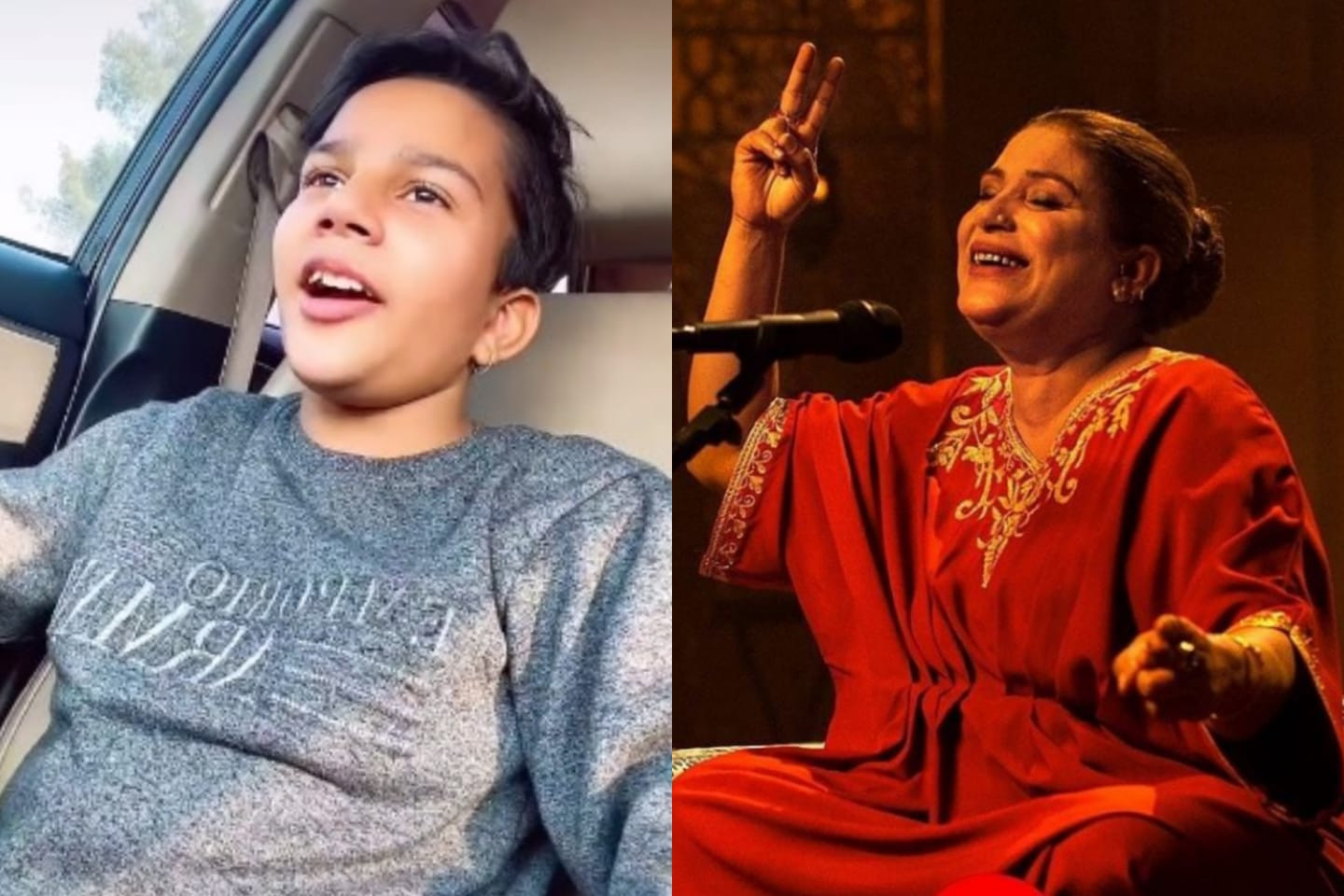 
Like mother, like son! The musical powerhouse, Naseebo Lal’s son singing her latest Coke Studio song Tu Jhoom has been making rounds on the internet and it’s safe to say that the apple hasn’t fallen far from the tree.

The video, originally posted on musician Arbaz Khan’s TikTok account, sees the young Murad Hussain hitting the high notes of the soulful track in a car with Khan. Hussain proudly announces that he’s Lal’s son in the beginning of the video.

The incredible talent and soothing power in his voice has locked everyone’s heart and social media users couldn’t stop talking about how he sounds exactly like his mother, the veteran singer.

The video was picked from TikTok by several entertainment pages and was widely shared on social media platforms to appreciate and laud Hussain’s talent.

Tu Jhoom, a hypnotically nostalgic song, was released as the first track of Coke Studio season 14. The soul-stirring song brought together two opposing forces, Lal and Abida Parveen together to create a trance. After staying number one of charts for a long time, the song even got a nod in the highly acclaimed show, Ms Marvel.