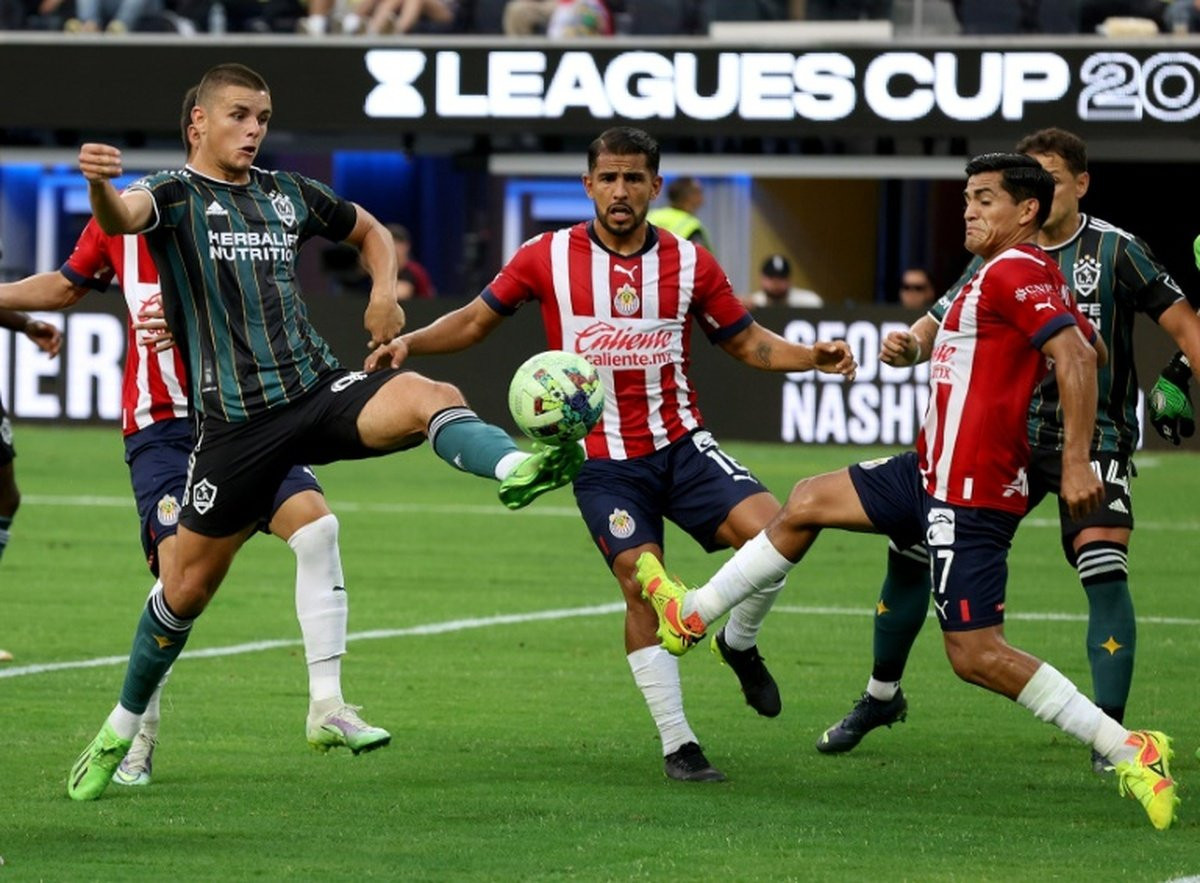 
Honors were even between the United States and Mexico on Wednesday with Los Angeles Galaxy and Club America coming away with victories in the Leagues Cup Showcase friendly double-header at SoFi Stadium.

The glitzy $5 billion home of the NFL’s Los Angeles Rams, named in June as one of the venues for the 2026 World Cup, hosted soccer matches for the first time, drawing a sellout crowd of 71,189.

Then Club America edged Los Angeles FC 6-5 on penalties after their match ended 0-0.

The friendlies, with more matches to be played in Nashville, Salt Lake City and Cincinnati, are a preview of next year’s Leagues Cup tournament, a month-long event featuring all 47 Liga MX and MLS teams with CONCACAF Champions League berths on the line.

The stadium needs some changes to be capable of hosting World Cup matches. Wednesday’s games were played on a grass pitch temporarily laid on top of the stadium’s usual artificial turf.

And the pitch was less than 63m wide — at least five meters narrower than FIFA prefers — but will be reconfigured for the World Cup with the removal of some seating.

Dejan Jovelic and 19-year-old Jonathan Perez scored for the Galaxy to lift the MLS club to victory in the opener.

Jovelic continued a strong run of form, racing onto a corner kick from Efrain Alvarez and firing into the net.

Perez sealed the win with a spectacular goal in the 62nd minute, gathering a pass from Samuel Grandsir outside the penalty area and unleashing a long-range blast that beat Chivas goalkeeper Jose Rangel.

Galaxy’s former Manchester United striker Javier “Chicharito” Hernandez, who began his professional career at Chivas, played the first 45 minutes before he was substituted in a stream of changes by both clubs.