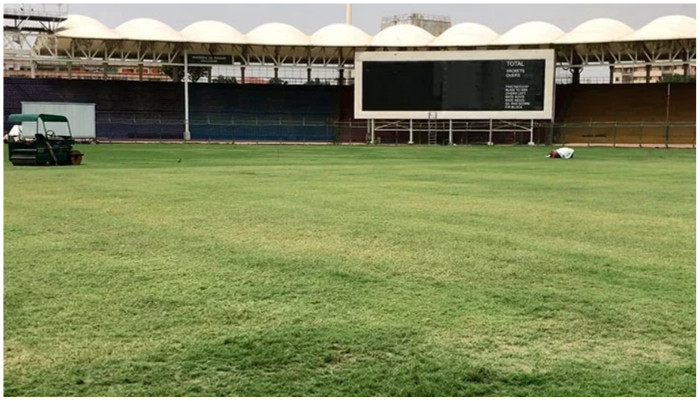 
KARACHI: Pitches here at the National Stadium (NSK) are almost ready for hosting England after 17 years.

England, Tuesday, confirmed that they will play four T20Is at the National Stadium Karachi, whereas three will be played at Lahore’s Gaddafi Stadium from September 20 to October 2.

Following the announcement, Pakistan Cricket Board (PCB) started preparations at both centres to make the T20I series successful.

Geo Super learnt that pitches square at NSK is almost ready with final touches to be done in the coming days. The plan to put Australian soil on these pitches has been delayed followed by Australian pitch curator Darren Hough’s visit to Pakistan.

On the other hand, seats for spectators in the general stands of NSK will also be installed later on. This project is said to be done before the all-important Champions Trophy 2025 which is scheduled in Pakistan.