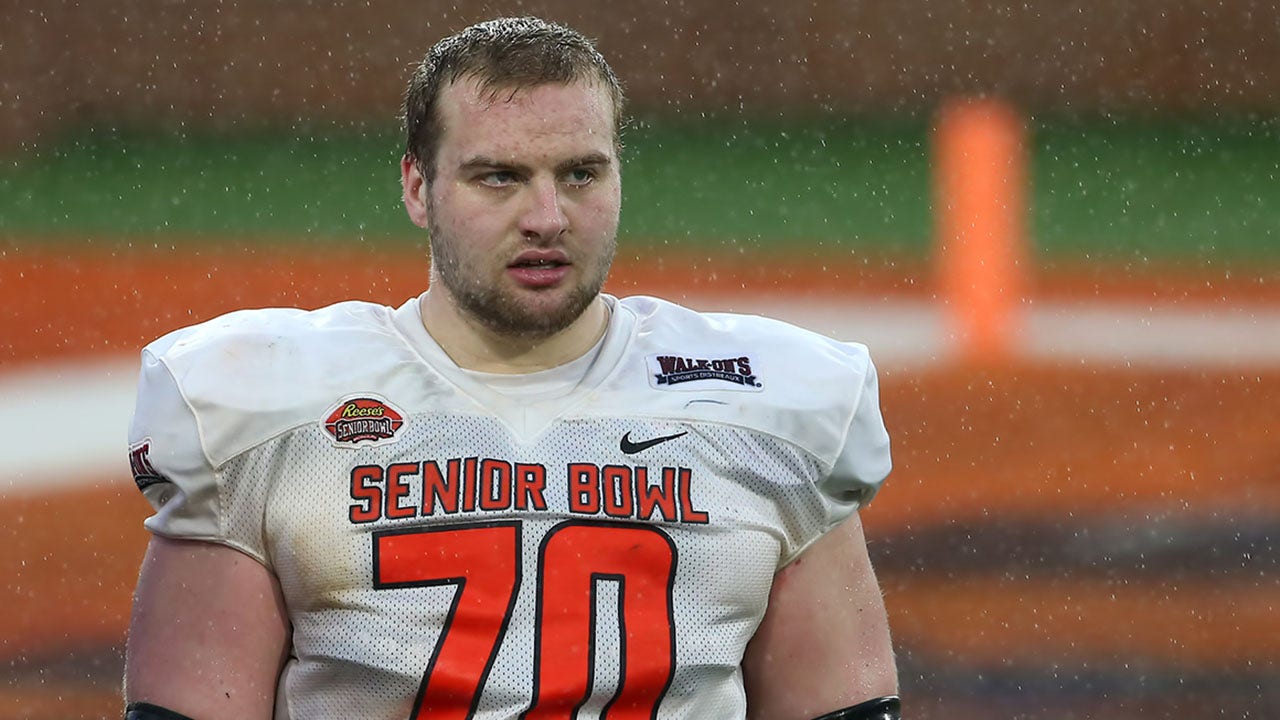 However, it got to the point on Wednesday where the rookie and Malcolm Roach were kicked out of practice, as it marked the third straight day he was involved in extracurricular activities.

Punches were thrown by both players in Wednesday’s scuffle. According to ESPN, however, things escalated further, as at least 10 players joined the party.

“We don’t have time for that… We gotta get our work done,” head coach Dennis Allen told reporters after Wednesday’s practice. “We gotta learn as a team how to compete and how to play and how to practice and push ourselves to the limit, but yet, not take it over the edge.”

NFL ANALYST KEEN ON 3 OFFENSIVE LINEMEN PROSPECTS AHEAD OF DRAFT

“It’s football; we’re competing,” Penning said on Monday after he got into it with defensive lineman Payton Turner. “It’s a tough game for tough people and you’ve got to be able to take that. There’s no bad blood between us. We’re just competitors competing.”

Penning added that he is simply playing until he hears a whistle.

“It’s part of my game, I think. It’s just how I am as a player,” Penning said Monday. “But I’m obviously out there working technique. I’m trying to get better at the technique of the game, getting the blocks down. The finishing ability, that’s what I pride myself in, and that’s always going to be part of my game.”

“There’s a fine line to it,” offensive line coach Doug Marrone said, via Yahoo! Sports. “We don’t want to take the bite out of this guy. But we’ve got to be smart about it, too.”

Trevor Penning #OL38 of the Northern Iowa Panthers speaks to reporters during the NFL Draft Combine at the Indiana Convention Center on March 3, 2022 in Indianapolis, Indiana.
(Michael Hickey/Getty Images)

Penning was the 19th overall pick in the 2022 NFL Draft out of Northern Iowa.