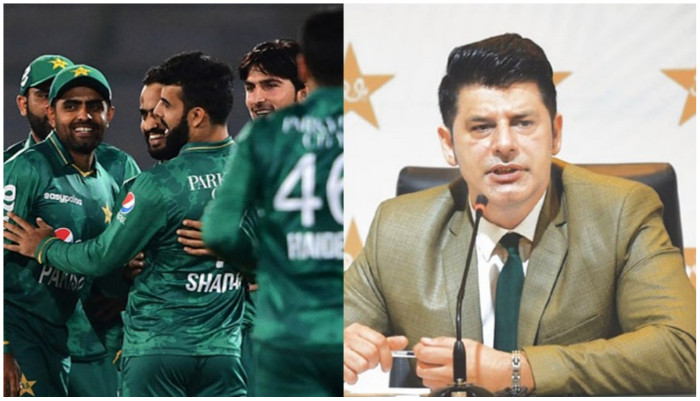 
Cricket is the most followed and emotionally-arousing sport in Pakistan as fans religiously keep themselves updated about the latest happenings in the national men’s team.

When it comes to emotional attachment, people often want their favourite players to get into the national team. And that’s the reason the job of the national team’s chief selector is considered one of the most critical ones in the country.

If you listen to the press conferences held by most of the chief selectors in Pakistan’s cricket history, you will never even think of putting yourself in their places.

Pressure, criticism, and alleged favouritism are a few of the things that leave the selectors mentally stressed. But in most cases, the allegations are justified in the end for one or another. The recent selection of Pakistan’s squads for the ODI series in the Netherlands and the T20 Asia Cup is an example.

The aforementioned squads faced immense criticism soon after they were made public via a press release. Some criticism was on point, while the rest reflected the above-mentioned point: “People often want their favourite players to get into the national side.”

Currently, the talking point in cricket circles is left-handed batter Shan Masood and his undeniable performances, both in white and red-ball cricket. His selection looked like a forced ignorance as the latter has been performing consistently for quite a time now.

Senior sports journalist Faizan Lakhani also raised concerns over the continuous ignorant behaviour towards Shan. “It’s hard to digest why Shan Masood is ignored every time,” said Lakhani. “He has a good track record in white-ball cricket, and he is an active performer, then why so much suspense on his inclusion? What else should he do to come into the team?” the journalist questioned.

“Salman Ali Agha’s record is good in white-ball cricket but it was better to build him in one format first,” he maintained.

The 22-years-old Abdullah Shafique, who led Pakistan to convince Test victory against Sri Lanka last month, got his name in the ODI squad as a reward for his red-ball form.

Such selections are usually seen in Pakistan — players getting selected in a format based on the performance of another format. Because Abdullah’s 57 runs in four List-A matches don’t justify his selection over Shan. This is one of the reasons Pakistan’s selection always remains questionable.

Saud Shakeel, another talented cricketer having scored a fifty in five ODIs he played before taking a rest due to nose surgery, was once again overlooked just to fit in Salman Ali Agha who managed to score just a half-century.

Salman was earlier replaced with Fawad Alam in the first Test against Sri Lanka, a decision that surely shattered Fawad’s confidence followed by his back-to-back failures in the second Test.

The right-handed batter Salman has a List A average of 35 whereas Saud averaged 45 in List A cricket so far.

Pakistan’s selection is too surprising because when the management wants to fit somebody in the team, only their slip-catching impresses them a lot as seen in Imran Butt’s case. Butt continued playing six Tests, mostly based on his slip catching as he managed to score just 178 runs.

Then why do players like Shan and Saud remain unpicked despite good performances, citing so-called ‘no adjustments’.

On the other hand, Hassan Ali’s ouster from the team is a bit surprising in consideration to skipper Babar Azam’s immense support for him, but it was overdue.

Hassan, since T20 World Cup 2021, remained out of touch but carried with the team throughout. Some reports highlighted it as ‘friendship’ but then journalists were often asked to do ‘positive reporting’.

Iftikhar Ahmed, who scored 104 runs in 19 T20Is since 2020, is also among the critical selections for T20 Asia Cup. But cricket experts believe that the management must try him in the Asian event before T20 World Cup in Australia where Iftikhar can be lethal on fast tracks.

There are plenty of questions and some were answered by the chief selector Mohammad Wasim in the press conference on Wednesday. However, the point here is that if players continued to be ignored despite demonstrating good performances, they will prefer to move to another country, like Sami Aslam, who took that step to seek justice for their talent.