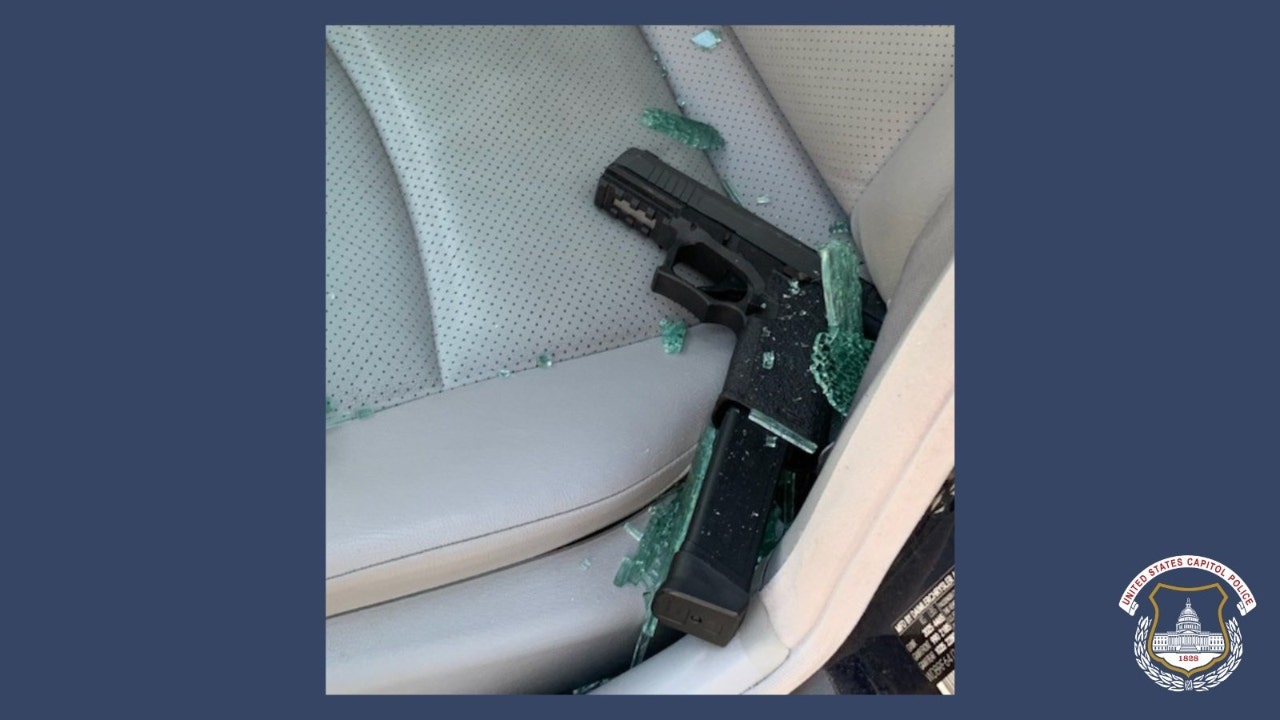 Authorities have arrested and charged Mekhi L. Staton, 19, of Maryland and George C. Turrentine, 18, of D.C. for their involvement in multiple carjacking incidents, USPC said in a press release.

On Tuesday around 5 p.m., a USCP patrol officer noticed a stolen Mercedes C-Class vehicle driving eastbound on Independence Avenue SE and attempted to stop it, but the vehicle’s occupants drove away, blowing through stop signs and red lights in Capitol Hill.

“It even went the wrong way down a one-way street and clipped a car before it crashed into parked cars near 12th Street and Independence, SE, where the stolen car stopped,” USCP said.

An officer then approached the vehicle, noticed a gun near Staton, who was driving the stolen Mercedes, and “stopped the driver from reaching for it.”

Staton and Turrentine were “believed to be armed and dangerous and wanted for open cases across the region.”

Officers recovered a 9 m.m. “ghost gun” from the stolen car. The gun had a high-capacity feeding device “capable of holding 31 rounds,” USCP said.

Staton is charged with unauthorized use of a vehicle, fleeing a law enforcement officer/reckless diving, carrying a pistol without a license, possession of unregistered ammunition, unlawful possession of a firearm, possession of a large-capacity ammunition feeding device and receiving stolen property of $1,000 or more.

Turrentine is also charged with unauthorized use of a vehicle.

D.C.’s Metropolitan Police Department (MPD) also announced on Wednesday the arrest of a 17-year-old male carjacking suspect accused of getting into a rideshare driver’s vehicle and holding him at gunpoint while demanding that he exit the vehicle.

The nation’s capital recorded nearly 300 carjacking offenses as of Aug. 1 — a 37% increase compared to last year, according to WUSA 9.

MPD Chief Robert Contee said in July that the department was deploying “bait cars” in an effort to trap suspects.

“We have seen a troubling increase in carjackings across our region, driven in large part by juveniles,” Prince George’s County Executive Angela Alsobrooks said in a statement at the time. “Our ecosystem is damaged, and while we are doing everything we can to resolve this issue, it cannot be solved by government and police departments alone. We need our community and families to step up and join us by wrapping their arms around these kids, because they are the future of our community.”

Audrey Conklin is a digital reporter for FOX Business and Fox News. Email tips to [email protected] or on Twitter at @audpants.