Dog miraculously survives after being shot between eyes 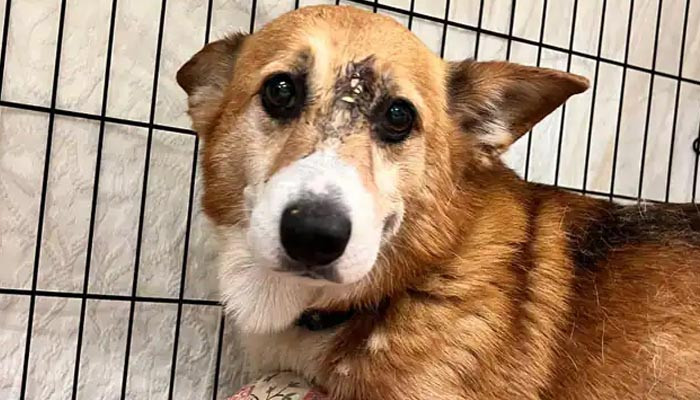 
A dog, who was shot between the eyes after it ran away from a breeding farm and went missing, survived miraculously.

Pennsylvania Society for the Prevention of Cruelty to Animals (PSPCA) posted photos of the corgi, who was identified as Arthur, NDTV reported.

“Arthur is lucky to be alive. And that is not an understatement,” read the post.

The corgi was found under a fence in the rural town of New Holland, Lancaster County, said the organisation.

The property owners thought that the corgi was hurt from the fence but the vets later found out that he was shot in the head. The dog’s wound was large and covered in debris.

“He was in too much pain for a full exam, so he was started on pain medication and antibiotics,” PSPCA said, adding that the X-ray showed the bullet fragments and how close they were to killing the pooch.