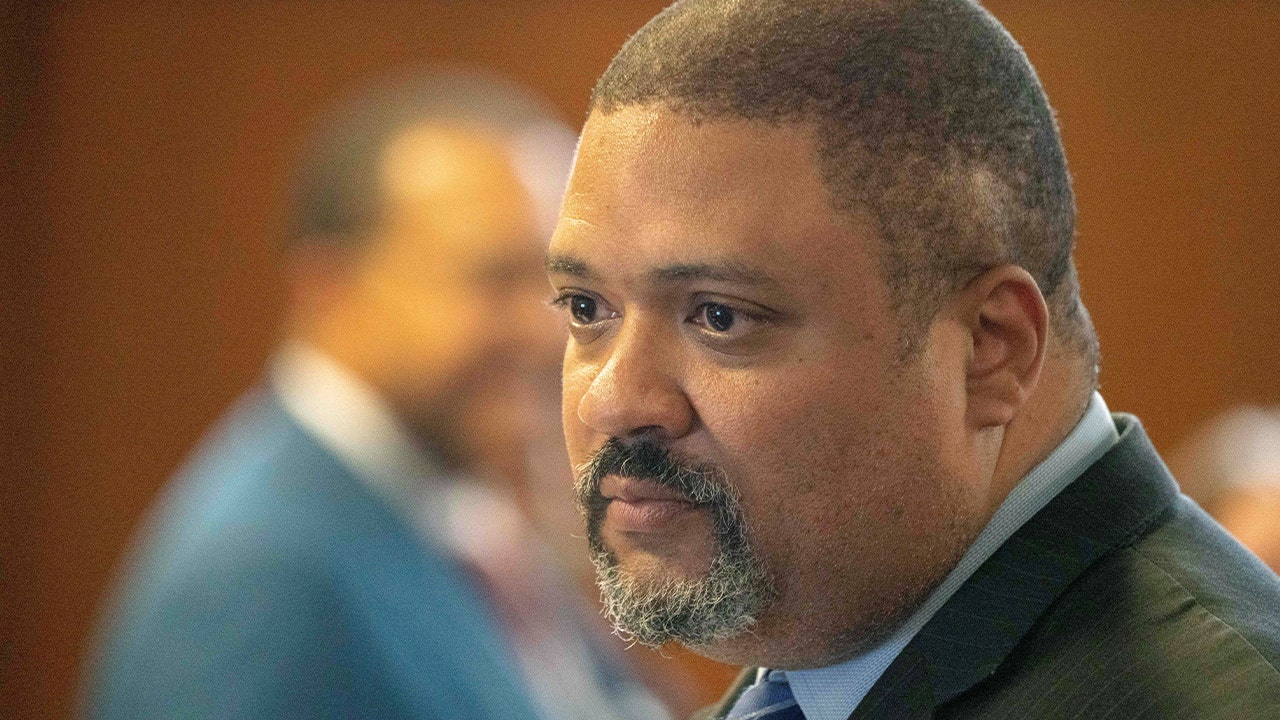 “There’s always more work to be done,” Bragg conceded on the “FAQ NYC” podcast recorded soon after the press conference. He said he’s “proud of what we’re doing at the Manhattan DA’s office,” adding that they’re working every day to “improve our imperfect system.”

Adams had criticized the fact that many crimes in the city are being caused by repeat offenders. Of the 2,400 shootings since last year, 716 suspects were behind 30% of them, he said.

Adams was joined by NYPD Commissioner Keechant Sewell who said “recidivists who cause New Yorkers to suffer needlessly” are the problem.

“Every day, as hardworking New Yorkers start their day or night of work or school, or to simply enjoy what this city has to offer, recidivist criminals are planning or taking the opportunity to commit their next larceny, robbery, burglary or other crime,” Sewell said. “Their efforts are increasingly aided by the fact that after the NYPD has arrested them, the criminal justice system fails to hold them appropriately accountable for their actions. These offenders face very few, if any, repercussions, despite committing crime after crime.”

Sewell noted that New York remains the only state with a law that prevents judges from considering an offender’s potential threat to public safety when making custody decisions.

Bragg said he’s encouraged “by the fact that homicides are down. Shootings are down year to date in Manhattan. And so, yes, lots more work to do, but trending in the right direction. You know, we’re working with the NYPD every day… And so, yes, is there’s more work to be done? Of course. But we’re doing that work every day. And I think we’re seeing in Manhattan the indicators pointing in the right direction.”

Bragg has repeatedly come under fire from Adams and the NYPD for his progressive policies.

For example, a one-page memo released days after he took office earlier this year ordered Manhattan prosecutors not to seek prison sentences for a slew of crimes and to downgrade charges – including for robberies and commercial burglaries.

It specifically stated that a robbery should be downgraded to petit larceny if the brandishing of the weapon “does not create a genuine risk of physical harm.”