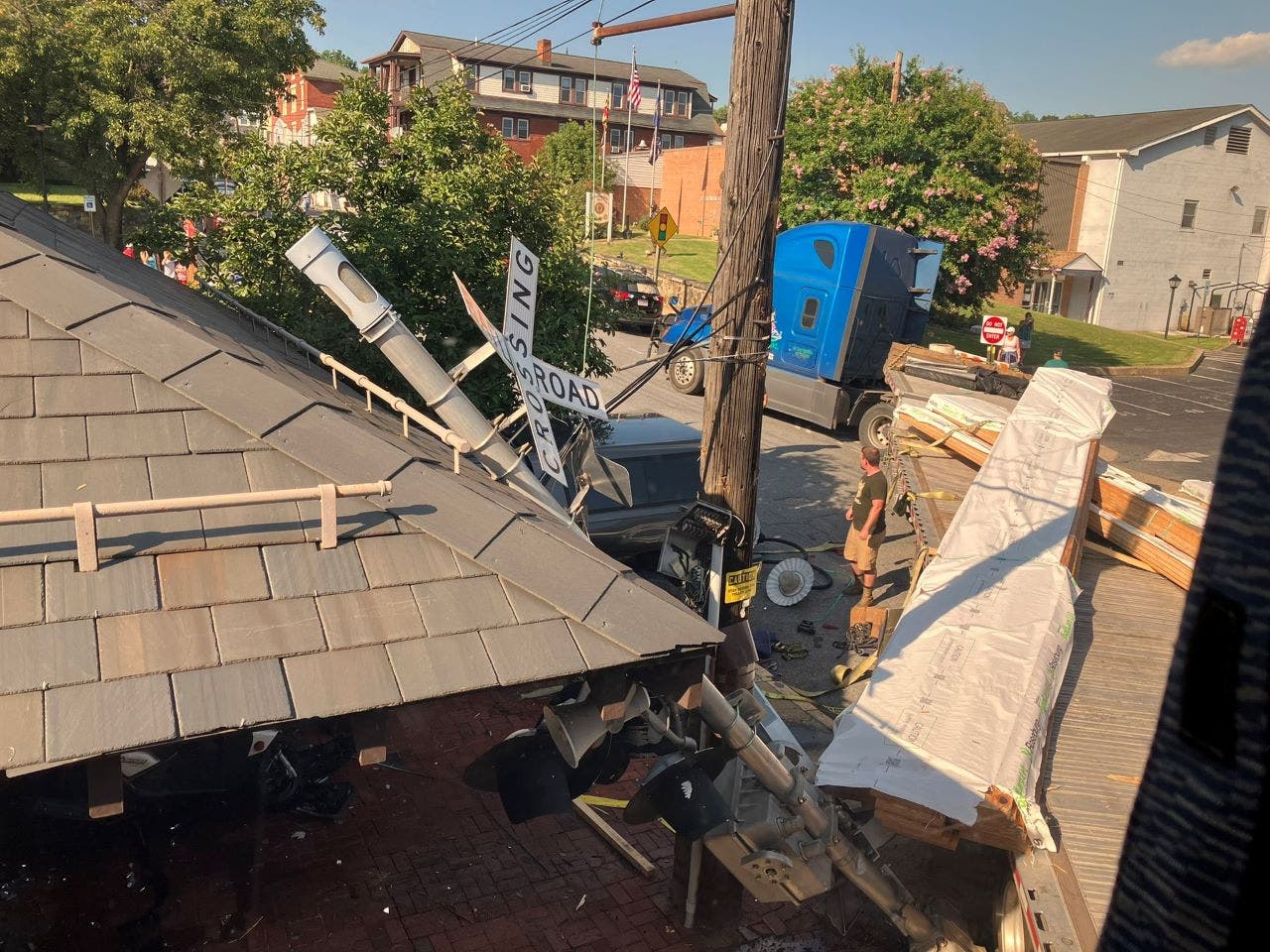 An Amtrak train has reportedly crashed into a truck in Maryland that had pulled onto the tracks.

The spokesperson added that one adult male, the driver of the truck, was taken to the hospital with nonlife-threatening injuries.

NY AMTRAK SERVICES HALTED IN ALBANY DUE TO UNSTABLE STRUCTURE

WRC-TV Reporter Tom Lynch also posted a photo of the crash and said the truck was carrying construction equipment in Brunswick, Maryland.

Twitter user Sean Emerson, a passenger on the train, posted a photo from the scene on social media.

“Onboard the Amtrak Capitol Limited and a flatbed truck pulled in front of the train at Brunswick,” Emerson said. “Felt the lurch and smelled the emergency brakes. I think we’ll be here for a while.”

Amtrak did not immediately respond to a request for comment from Fox News Digital.

“Capitol Limited Train 29, which departed Washington (WAS) on 8/3, is stopped west of Rockville (RKV) due to a vehicle incident on the tracks ahead,” a Twitter account for the train service posted. “We will provide updates as information becomes available.”

Emerson later posted that the train was moving again and traveling through Harper’s Ferry, West Virginia.

“The locomotive and train sustained superficial damage only and we were cleared to proceed by Amtrak and CSX,” Emerson said. “Train beats truck.”

Andrew Mark Miller is a writer at Fox News. Find him on Twitter @andymarkmiller and email tips to [email protected]